Well 2020 certainly was very different from what we all expected.

MY EXPERIENCE OF VIRTUAL PARTIES…

When I first heard the term Virtual party I thought what rubbish surely it couldn’t catch on they wouldn’t be successful would they?

I had so many questions…

I went through a lot of turmoil not believing in the virtual world being a success and thinking that everything I was seeing from others in terms of virtual content was rubbish.  I watched and watched competitors, friends, other companies from around the world how they had adapted to this new norm and I saw they were making their way but I still didn’t believe what they were delivering was worth paying for.  Personally I wouldn’t pay for what I was seeing.  Mostly I didn’t want to sit through a full hour of it.  But there was definitely small elements within what people where doing that I felt worked and could be developed.

Schools and educators started to turn to virtual also and I watched.  I watched with my kids frustrated mostly by what I was seeing but also I saw what was working for my kids, what wasn’t.  I never intended to start doing virtual as I still didn’t think I could create anything that I would be happy to charge someone for.

During the Singapore Circuit breaker I was mostly frustrated.  Frustrated creatively and angry at myself because I couldn’t work out how to make this new medium work for me.  So again I watched.  I watched more and more I participated in virtual content from all around the world with my kids.  I didn’t have much else to do so why not.

When the Circuit breaker finished parties were still a no go but schools were back so I had time to experiment.

I absolutely loved the creative process of creating our virtual content.  With the use of green screen and video editing tools I could be several characters within one frame and even talk to myself  It was a lot of fun.  Our first party we created took 3 week to finalise.  Mostly because I am picky and I would never charge someone for something I didn’t believe was worth the money.  Our party tactic was to combine many different elements, into one but link it together with a great storyline.

and of course a great storyline to gel it all together. 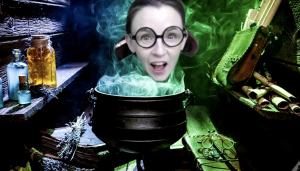 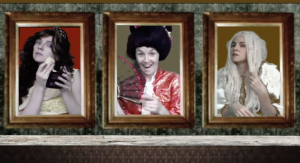 It wasn’t good enough to just throw many elements into it… for me it needed to feel right it had to flow – a good storyline helped to gel it for me. The live host would introduce the concept then we would go between live and prerecord footage to achieve the desired effect.  The prerecorded items clouded us to be creative to add elements to the footage that couldn’t be done live.  To have 3 characters played by one person and also visual effects over the top of that.  Its like magic.  And the kids don’t notice the switch.  You can be live then switch to pre-recorded content where your wearing the same costume and magic can happen.  Then you just back into the live stream.  If it is seamless it is really something amazing to view.

It took 4 computers to run the program

It was technical it worked but it was to technical, and very stressful to run.

We ditched this idea after running it 2 times.  We upgraded our computers so that the capabilities were enhanced and we managed to get it down to 2 computers one for tech and one for live host.  We trialled it on our friends, neighbours and family all over the world.  We took their feedback an we made it even better.

We were nervous!!  So many things could go wrong.  But we were prepared we ran through the content many times prior to going live that day.

And it was a hit.  It ran perfectly! It was received well and it felt great to deliver.

We were ecstatic!   We went on to use the same formate to develop more programs.

Each program takes a lot of time to prepare but once you have it its a matter of running it so your prep time is reduced.

Our parties caught the attention of some international companies.  And we were nominated for a reward.

Which I never thought we would win.  But we DID!

We had to do a showcase party for the judges as part of the competition and waiting months to find out the results.

We were shocked and again excited when we were rewarded for all our hard work.

As the Pandemic continues around the world and lockdowns prevail we are now reliving parties virtually in all corners of the globe and loving it!

TIPS ON RUNNING & CREATING YOUR OWN VIRTUAL PARTY 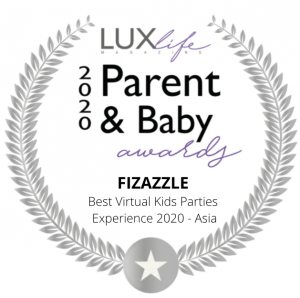