KA-POW Your Way And Save The Day with Ying & Yang!

There are times where as parents; it is impossible to revive your kids from their daydream of donning a Superhero’s life. They kick, they jump and they fight villains within the walls of their own home. Now, doesn’t that sound awfully familiar? It is time to put their practice into play and fight our evil villain Cyrus alongside our very own mighty Ying & Yang and save our little red dot.
So enough of your child being a Superhero behind the scenes and engage us to throw the most action-filled Superhero Party ever!

The Fizazzle team had a great opportunity to plan and execute an Avenger’s Themed Superhero Party from scratch and it was held at the prestigious Grand Hyatt Hotel, Singapore. It was without a doubt an adrenaline pumping ambience and an evening that every child would have etched in their memory.

Transforming the simply classic ballroom into a figment of an Avengers based atmosphere was no easy task. However, with the expertise of our team and our full themed decoration that screamed excellence, it became achievable. As portrayed in the photographs, our massive Superhero Backdrop played an essential part in the outlook of the ballroom as its’ vibrant colors, design and craft allowed guests to be awed by it. It was indeed magnificent. Let’s not overlook Fizazzle’s very own personalized banners and other decorative aspects such as our customized foil bouquets, helium balloons and bunting flags. This is what I call top-notch decoration. 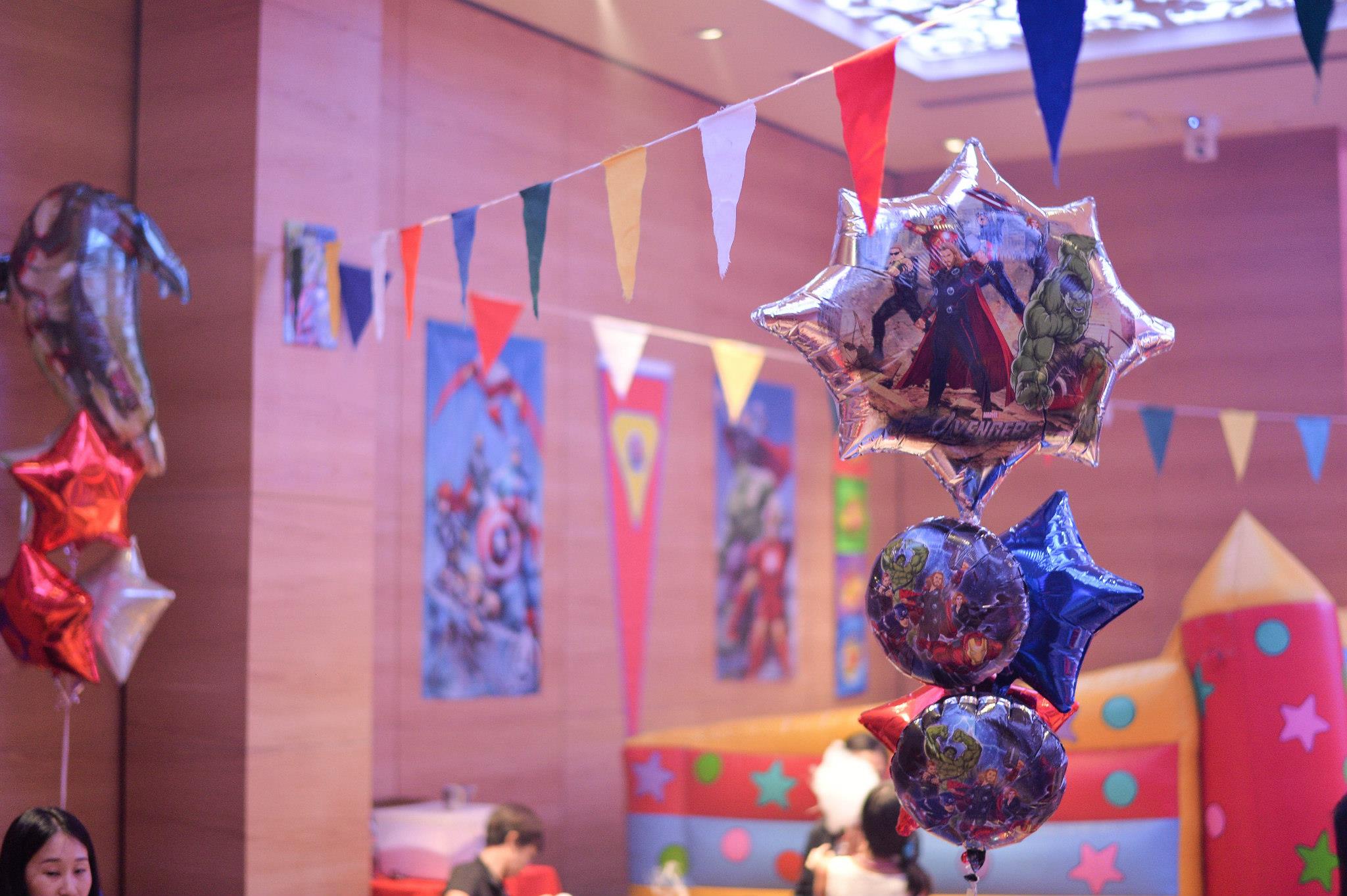 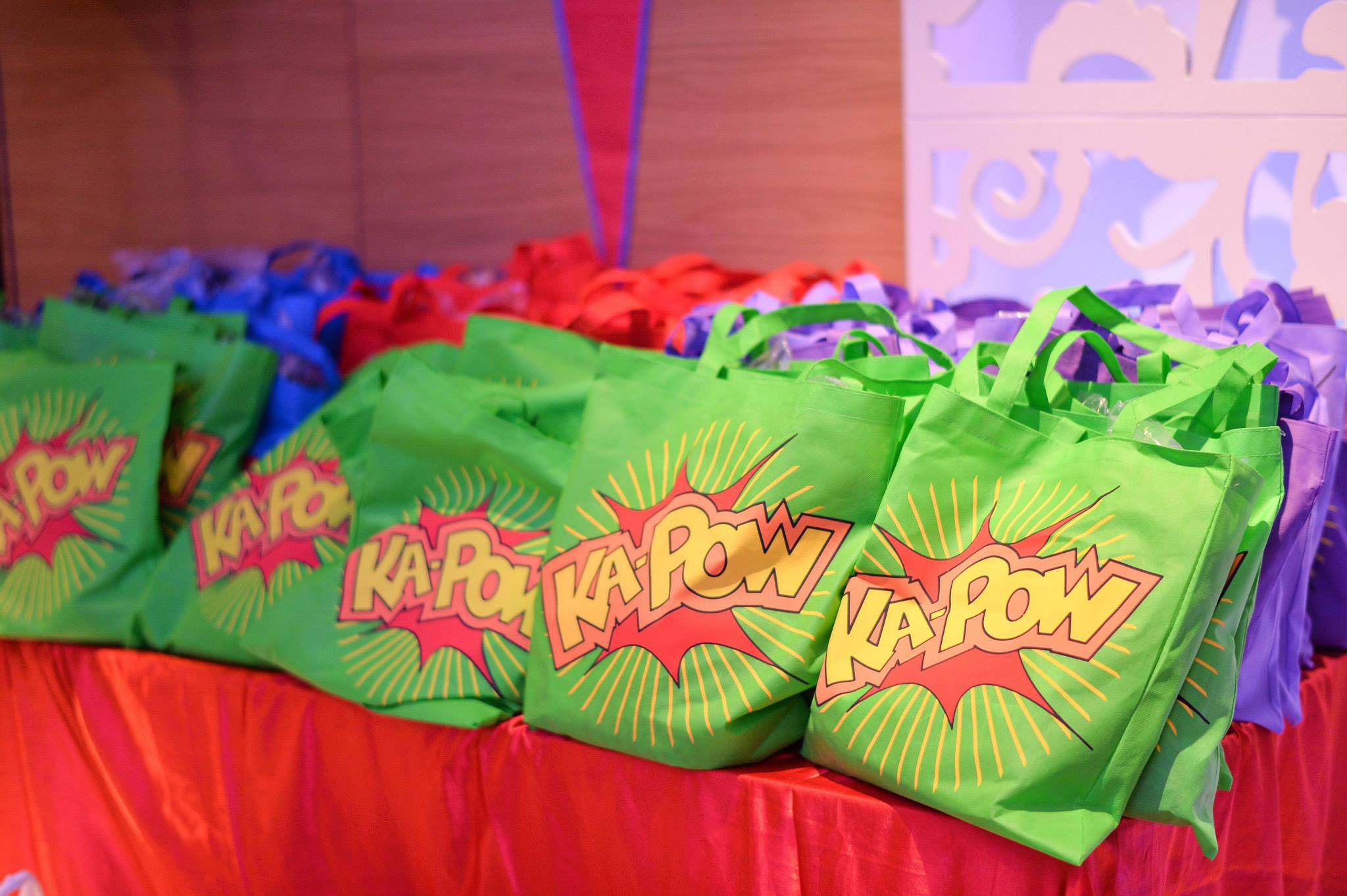 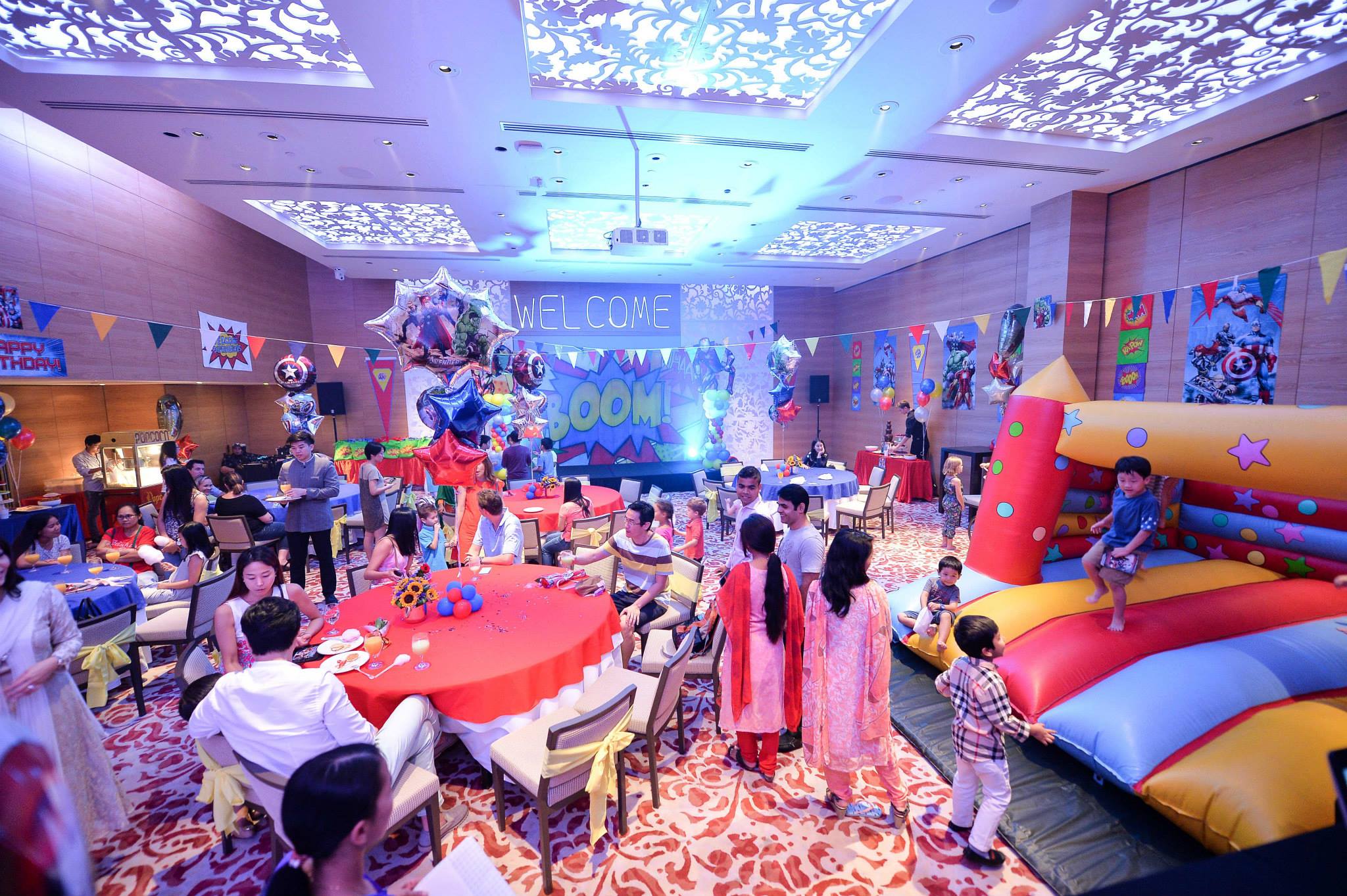 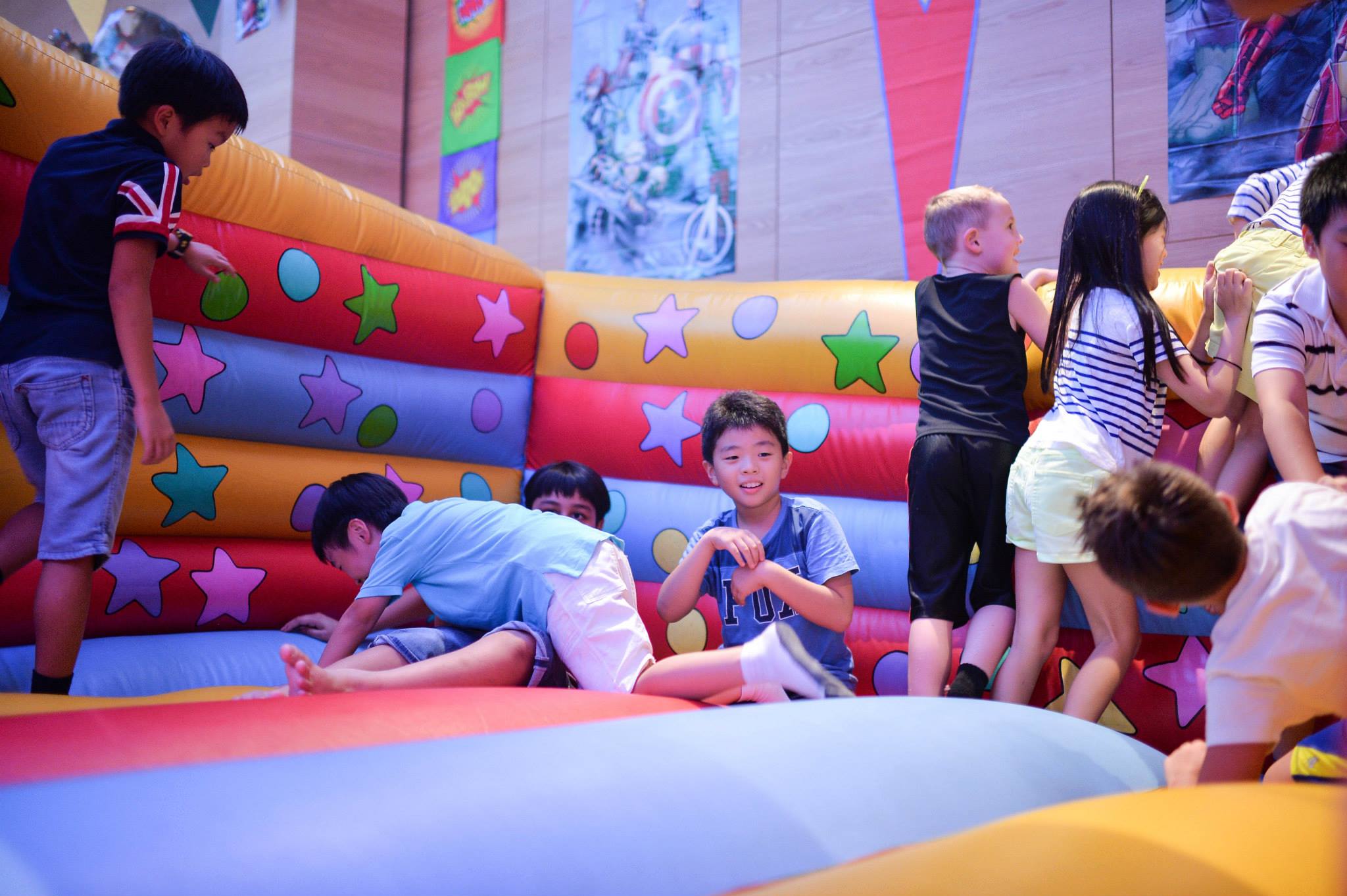 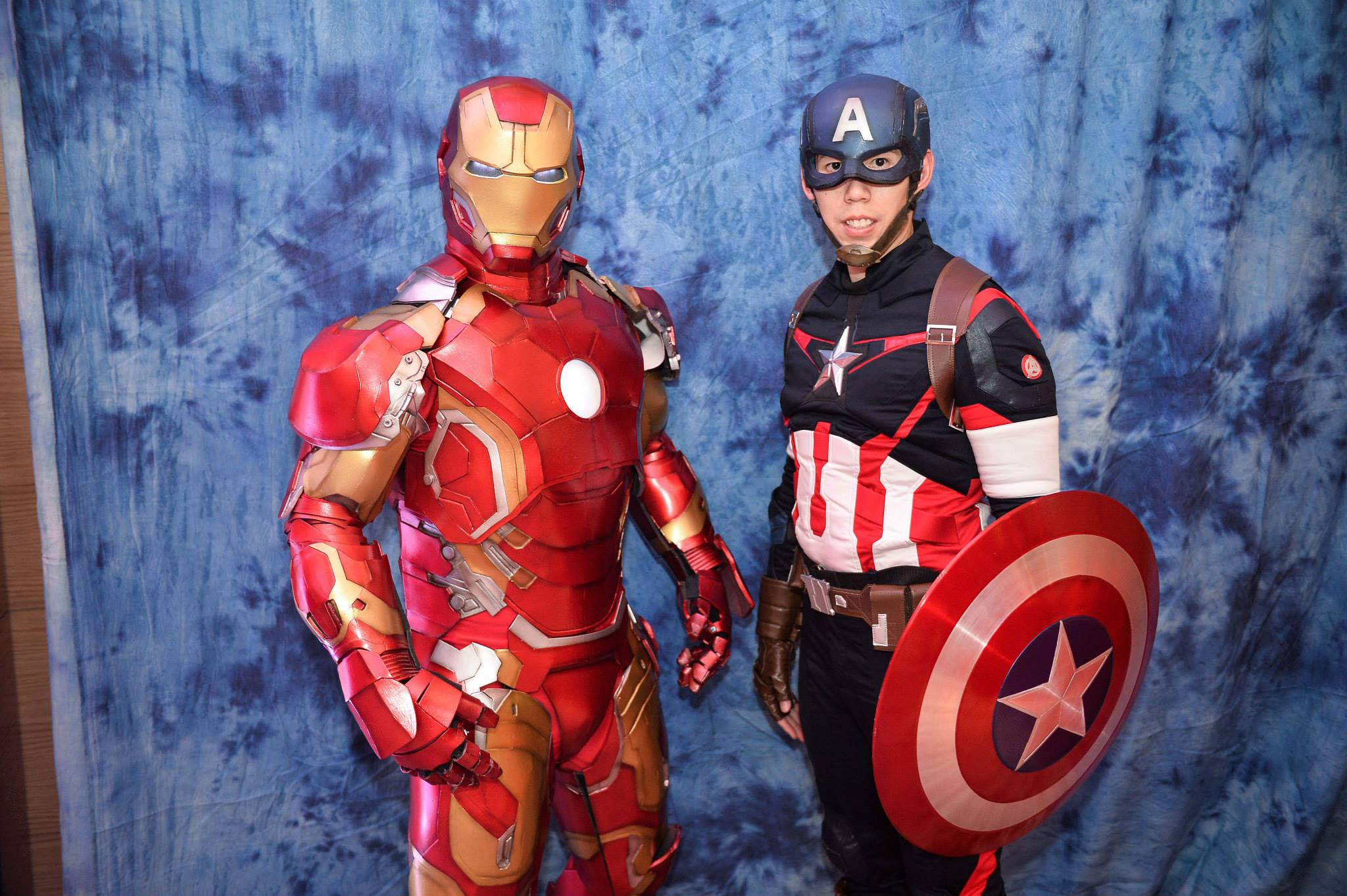 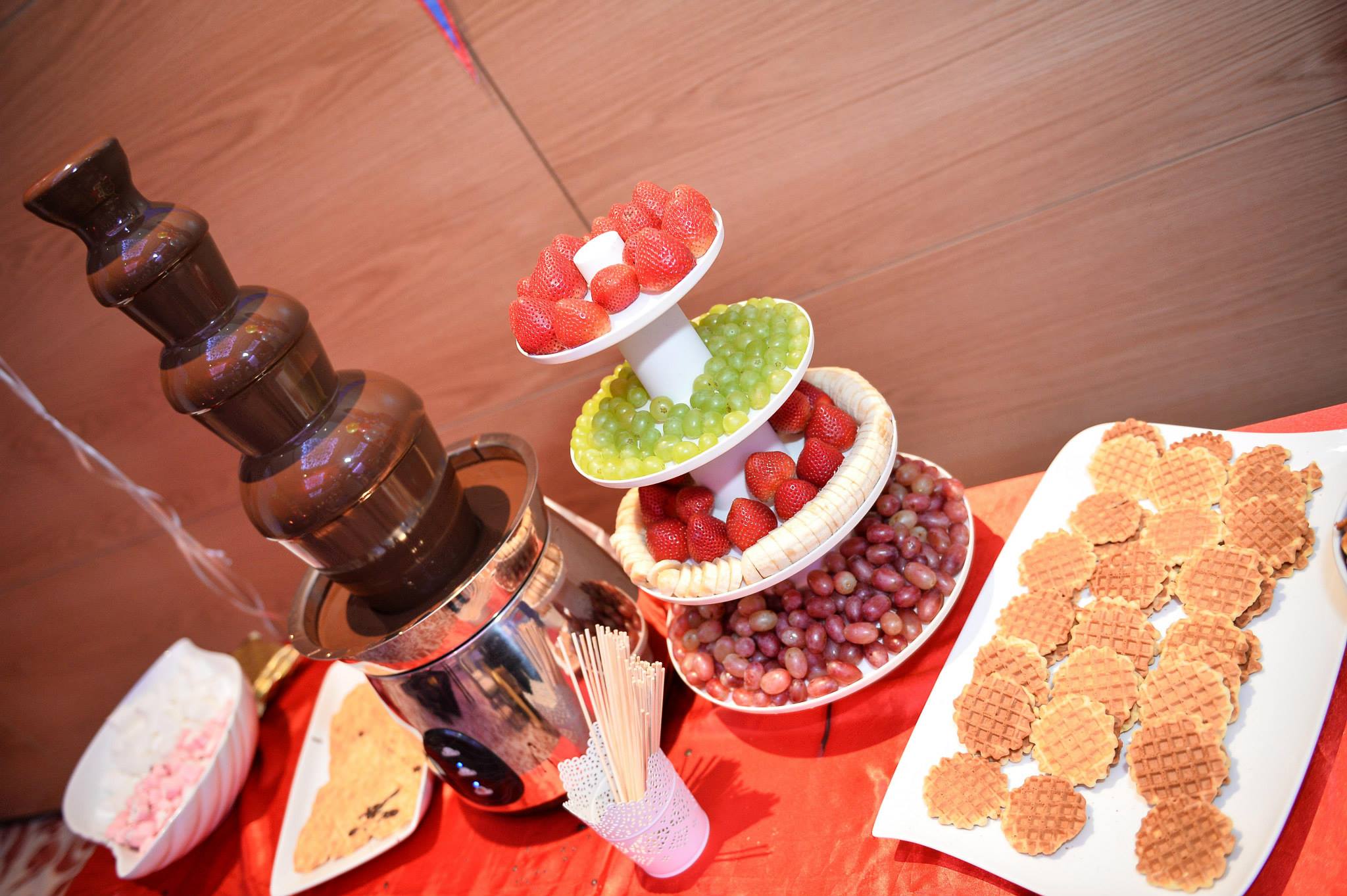 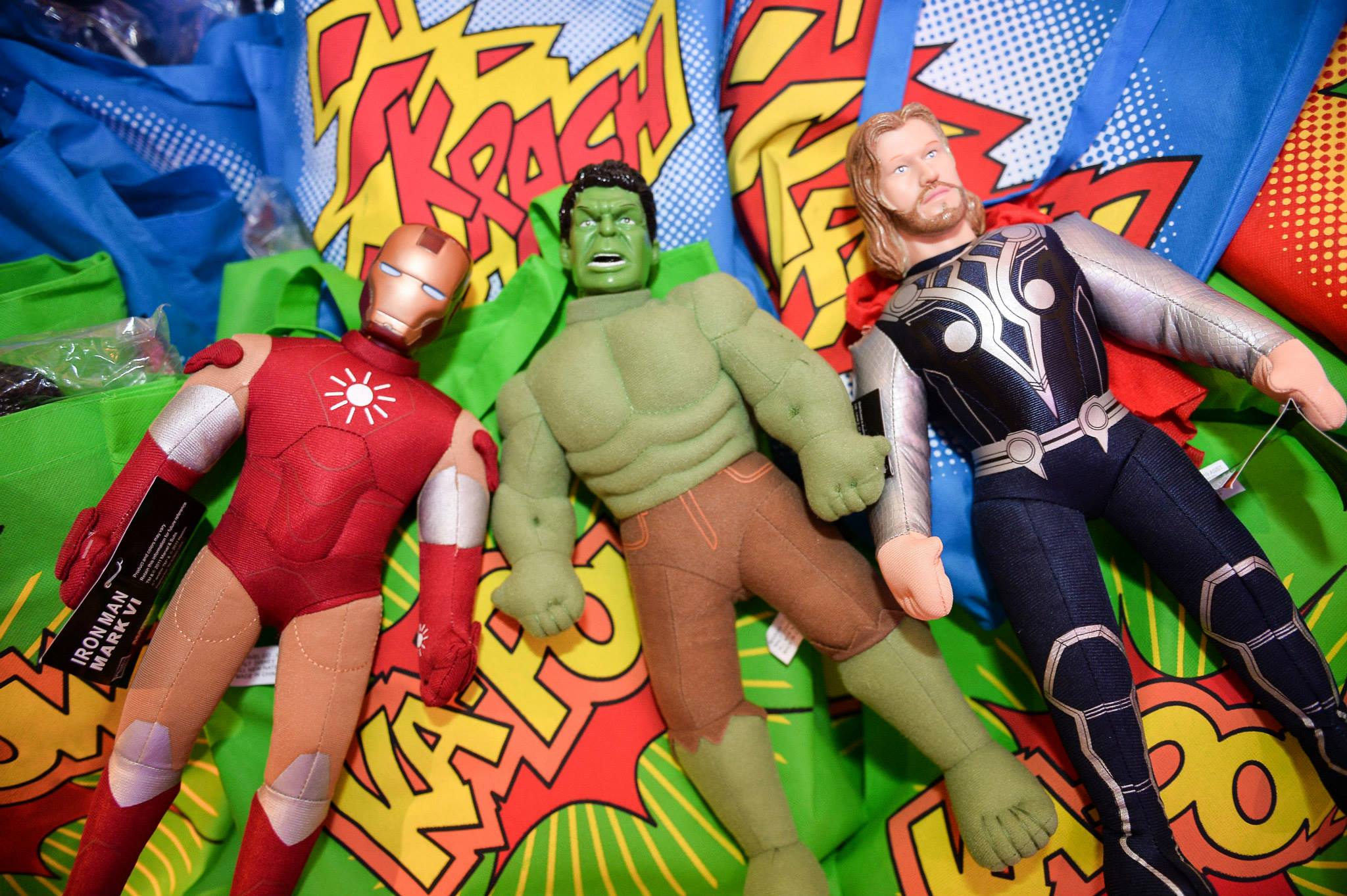 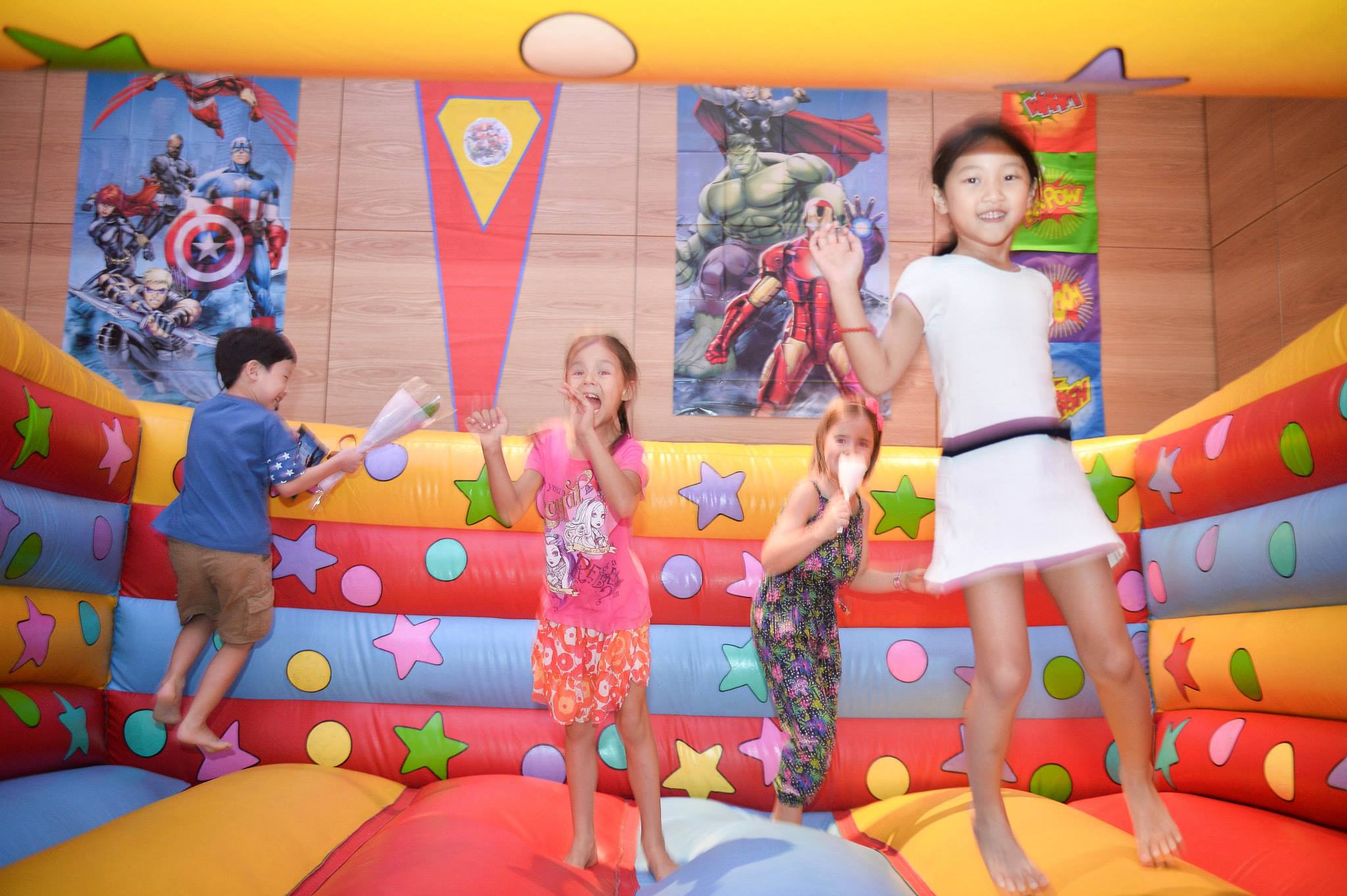 Games are naturally entertaining and fun! However, without the perfectly skilled people to run the show, they’re JUST ordinary games. Fizazzle’s niche is our ability to be astoundingly good with children. Not many individuals can interact and engage the children in our games the way we do it. It is our pride that we are the best in doing so. During the party at Grand Hyatt Hotel, our independently designed games knocked both the children and their parents off their feet as they willingly joined in the fiesta. One of our favorite games is “Grenades” as it is the one game that inspires both the parents and kids to drop all concerns and have good old fun. Our games were certainly a hit as usual as seen in the jolly faces in the photographs above.

Many of us face the ever so daunting problem of getting children to eat at parties. Sweets and treats, they are the ideal way to children’s’ hearts and appetites. The intention of having a Candy Floss Machine, Popcorn Machine and streams of Chocolate Fondue with assorted fruits, marshmallows and pretzels turned out to be an effortless remedy to appease the children and fill their tummies. To top our already fuel-packed program, the food stalls were the icing to the cake as children crowded around the sweet haven.
Tantalizing. Mouth-watering. Cliché? – Not at all! 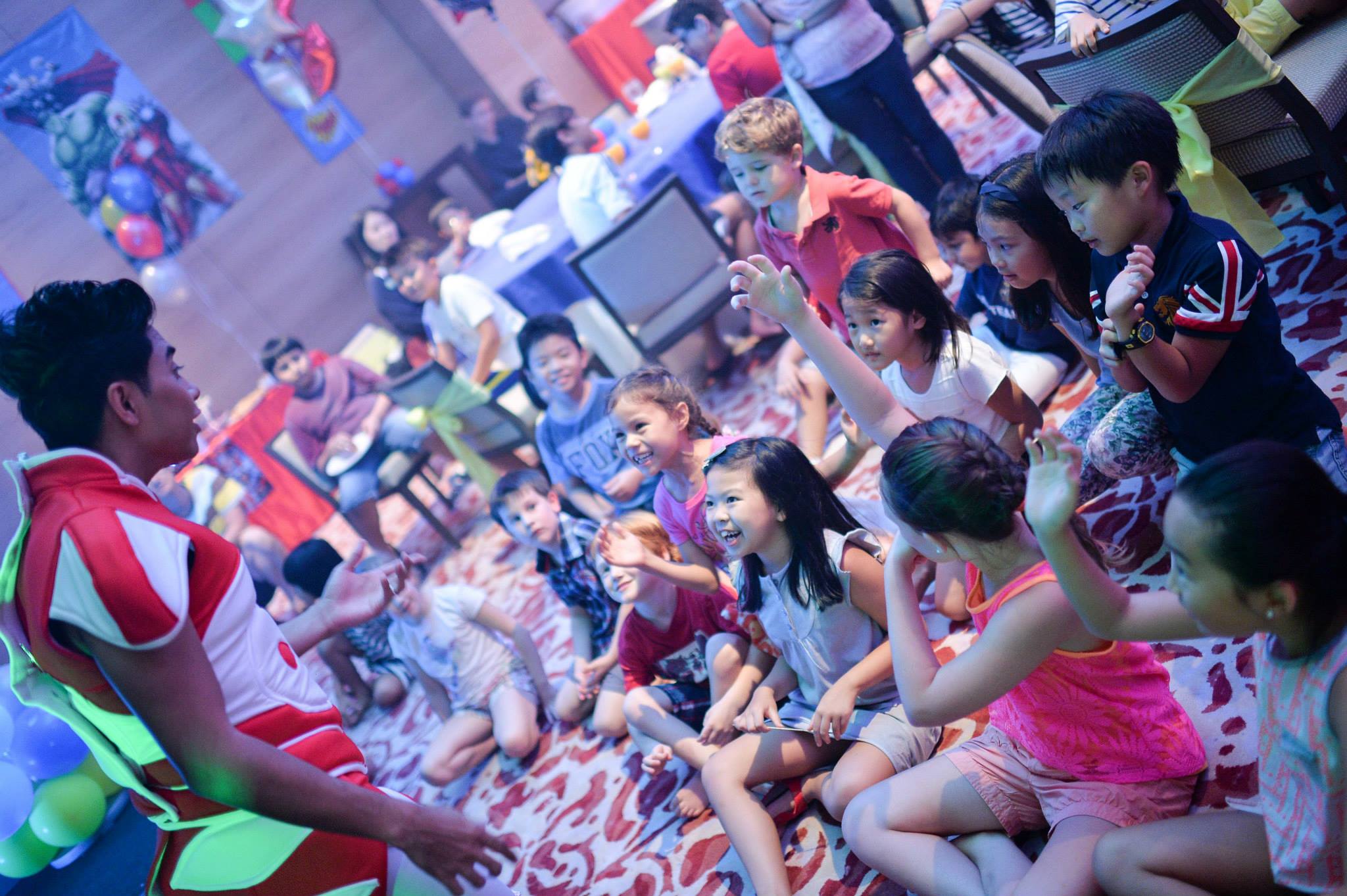 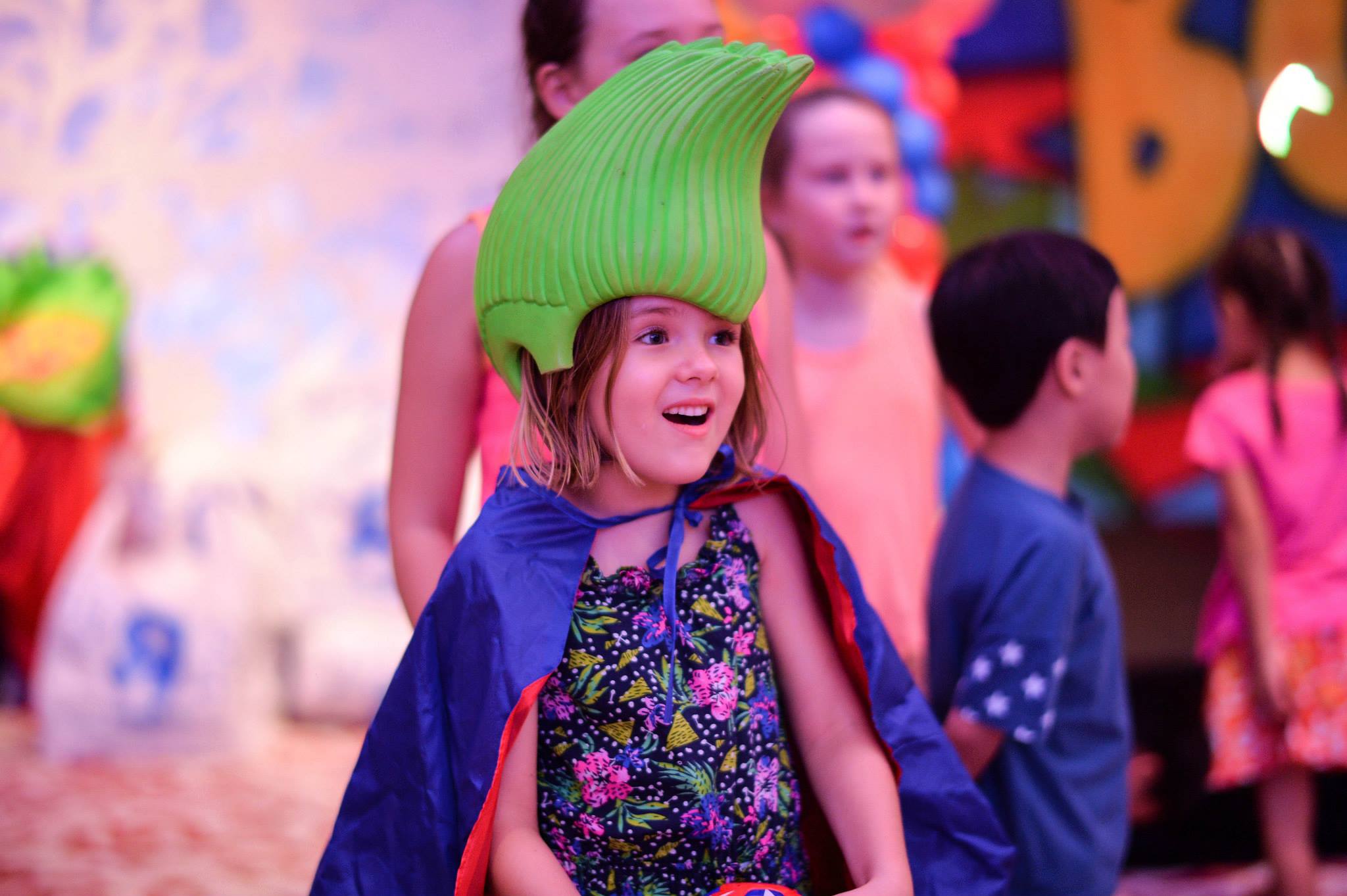 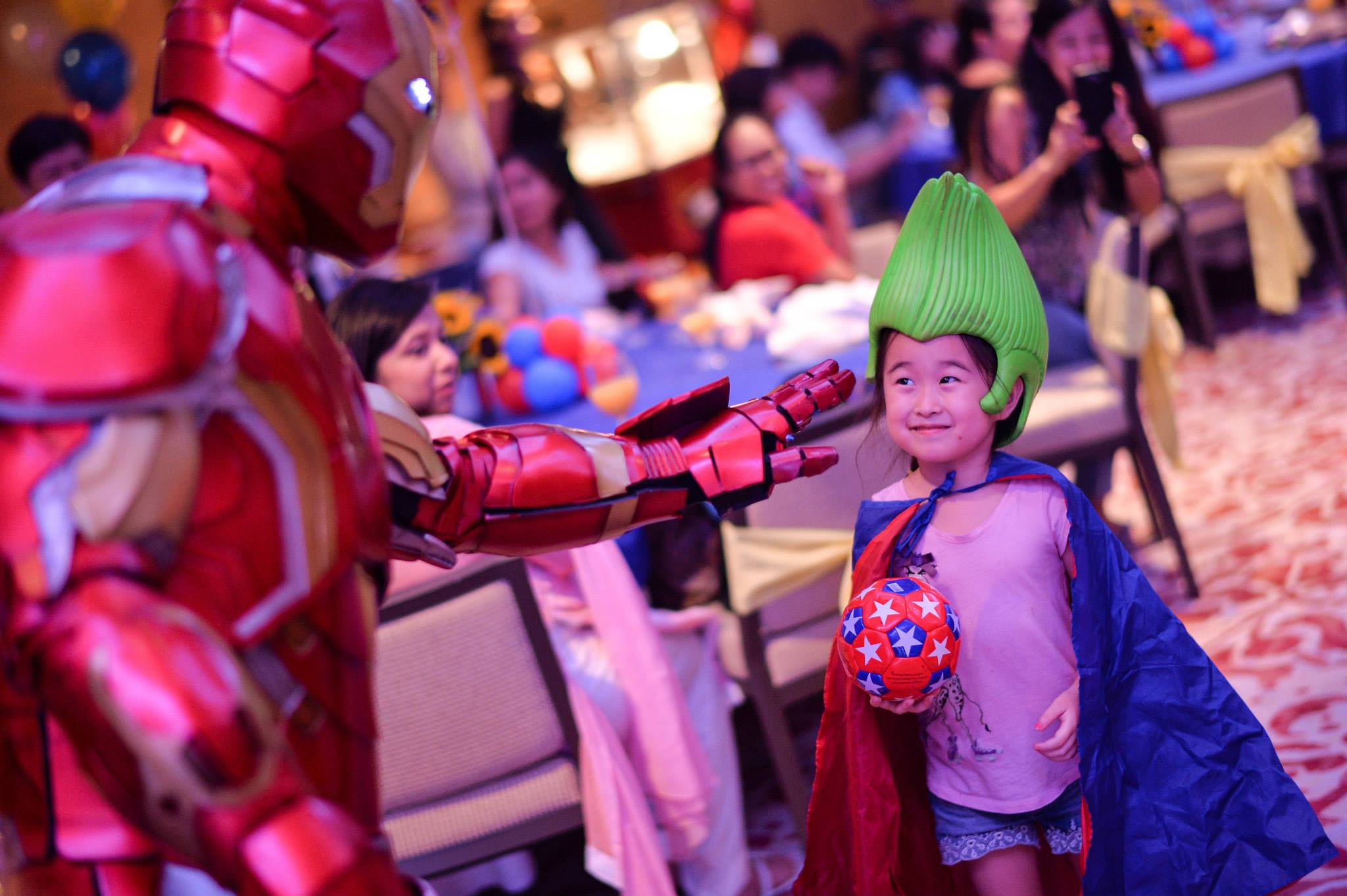 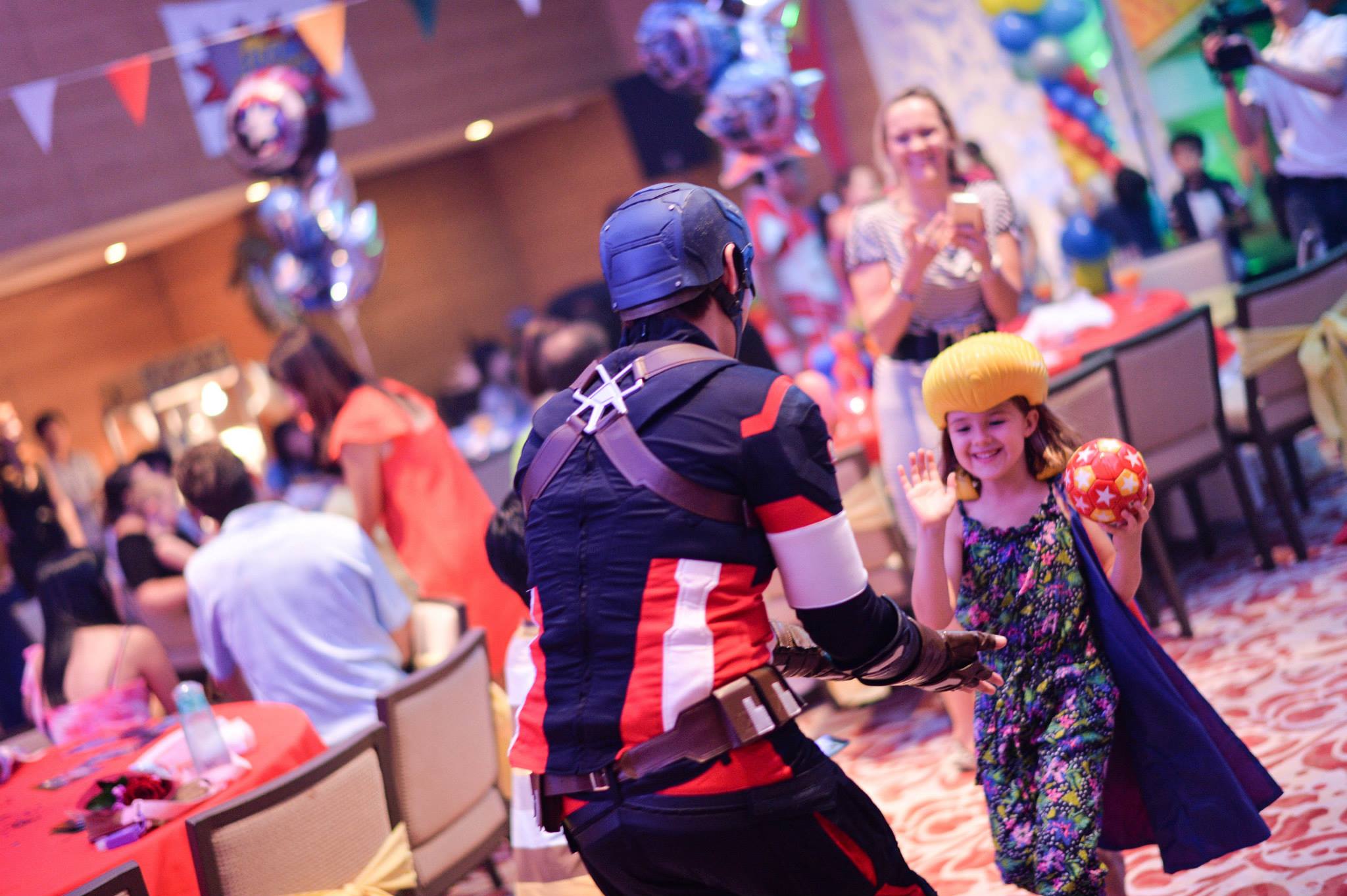 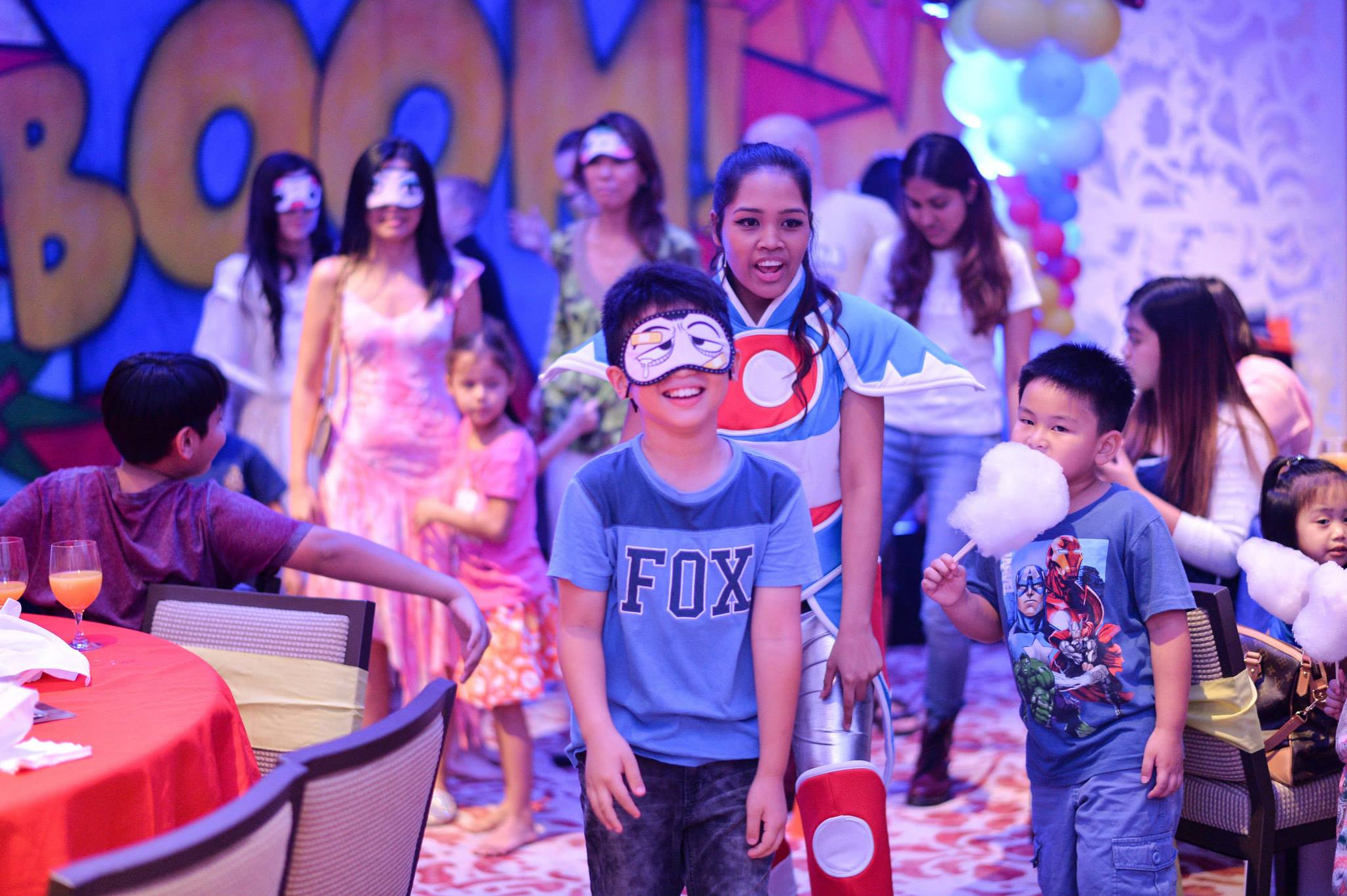 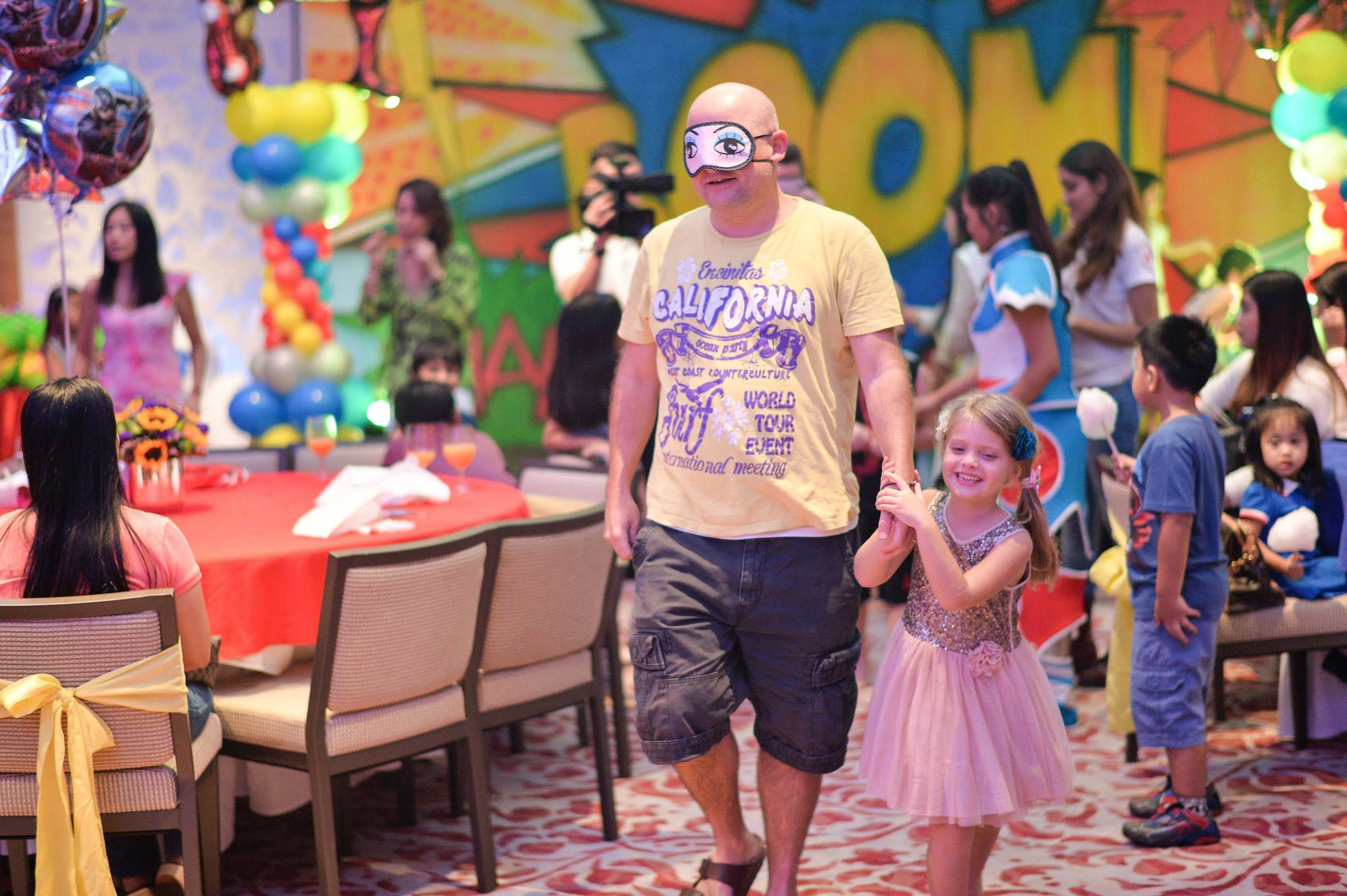 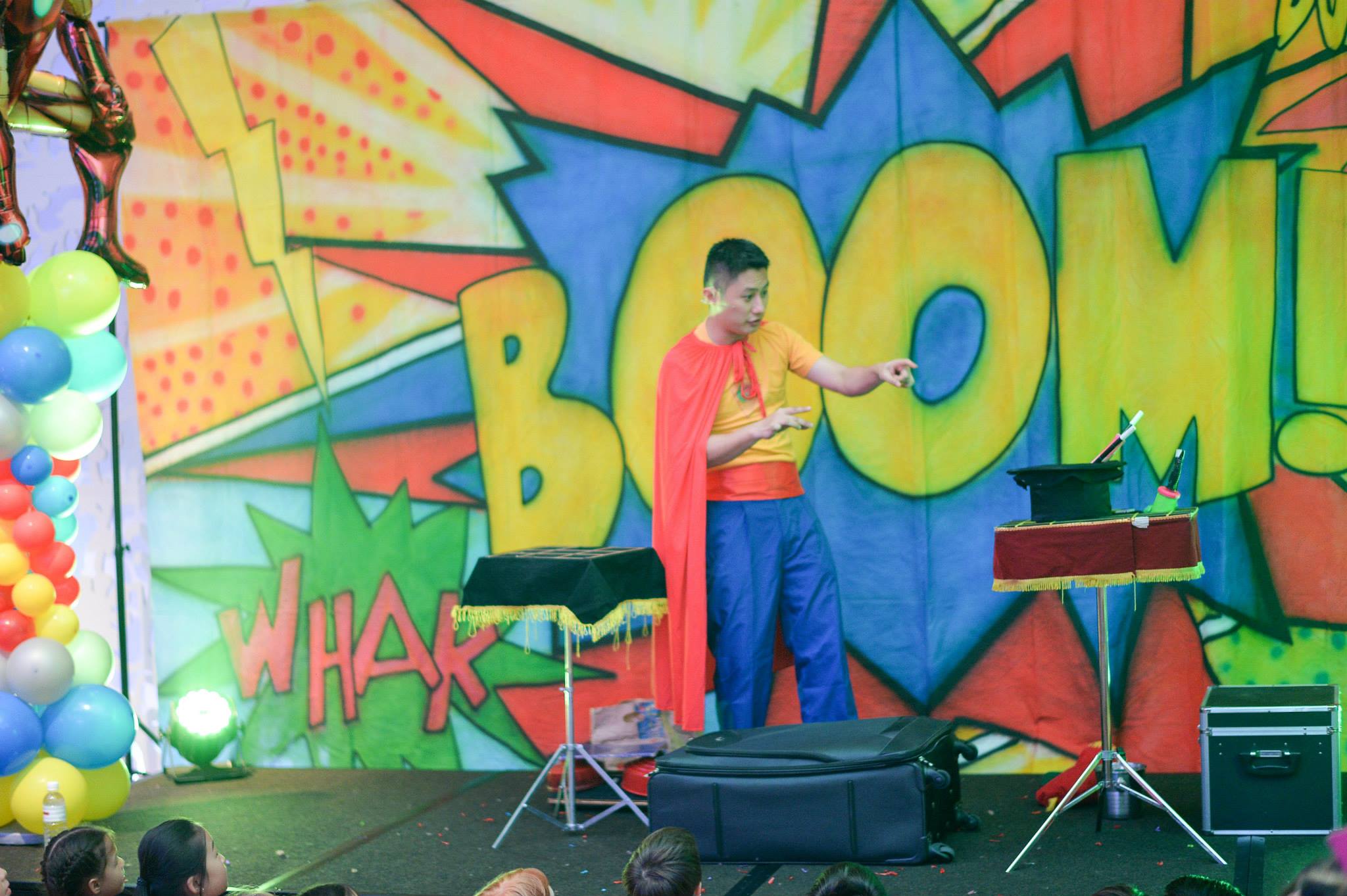 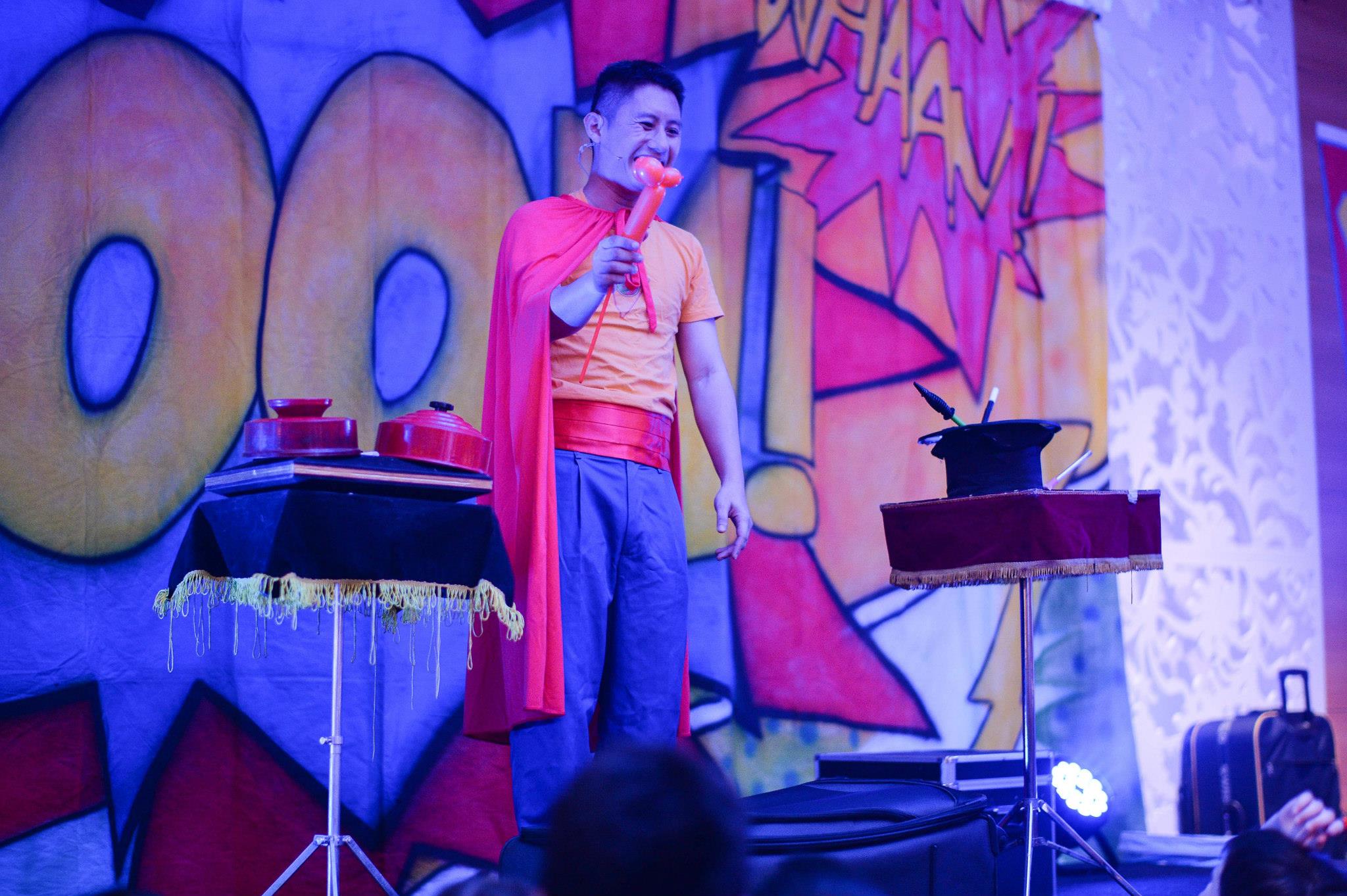 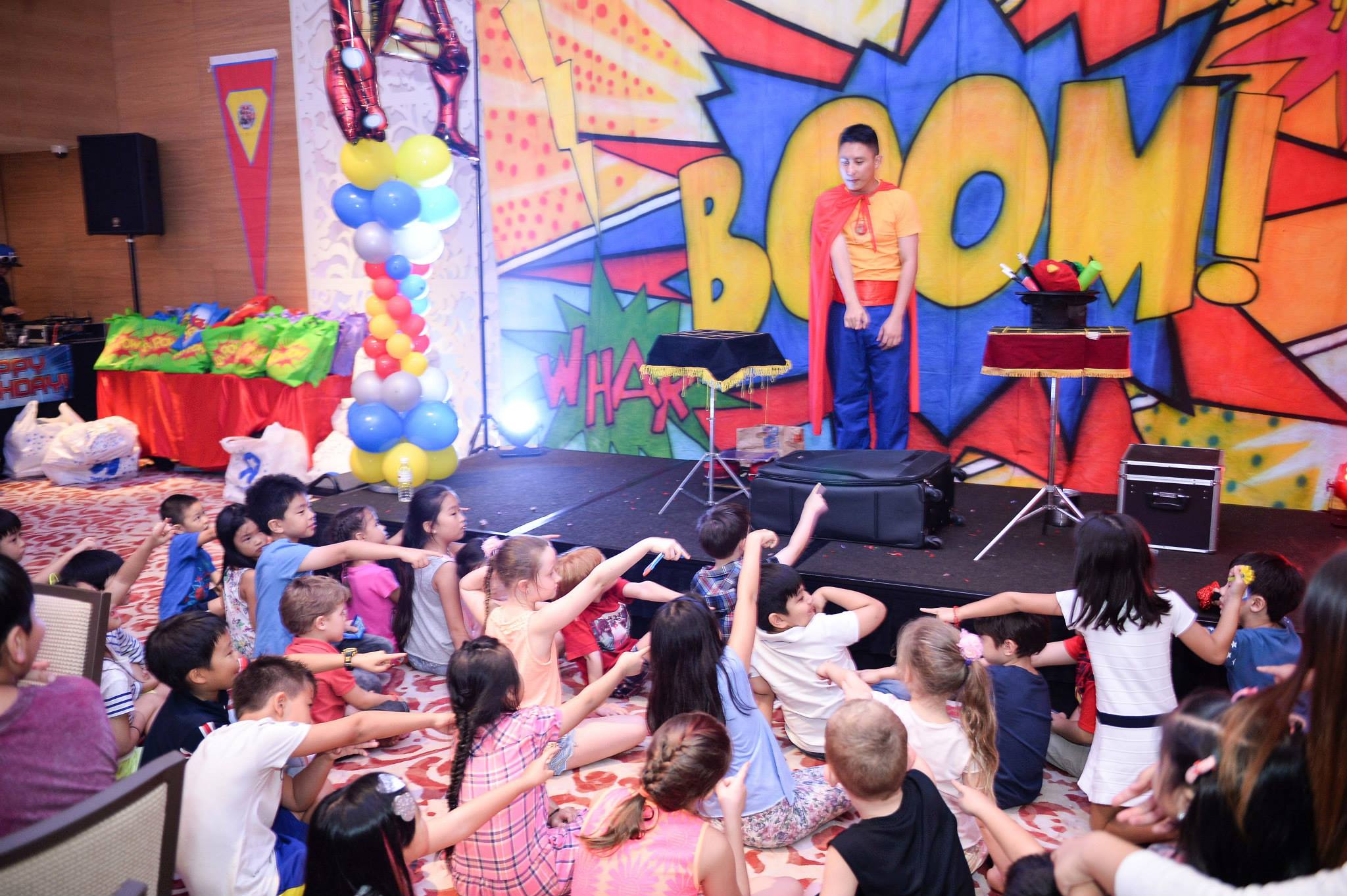 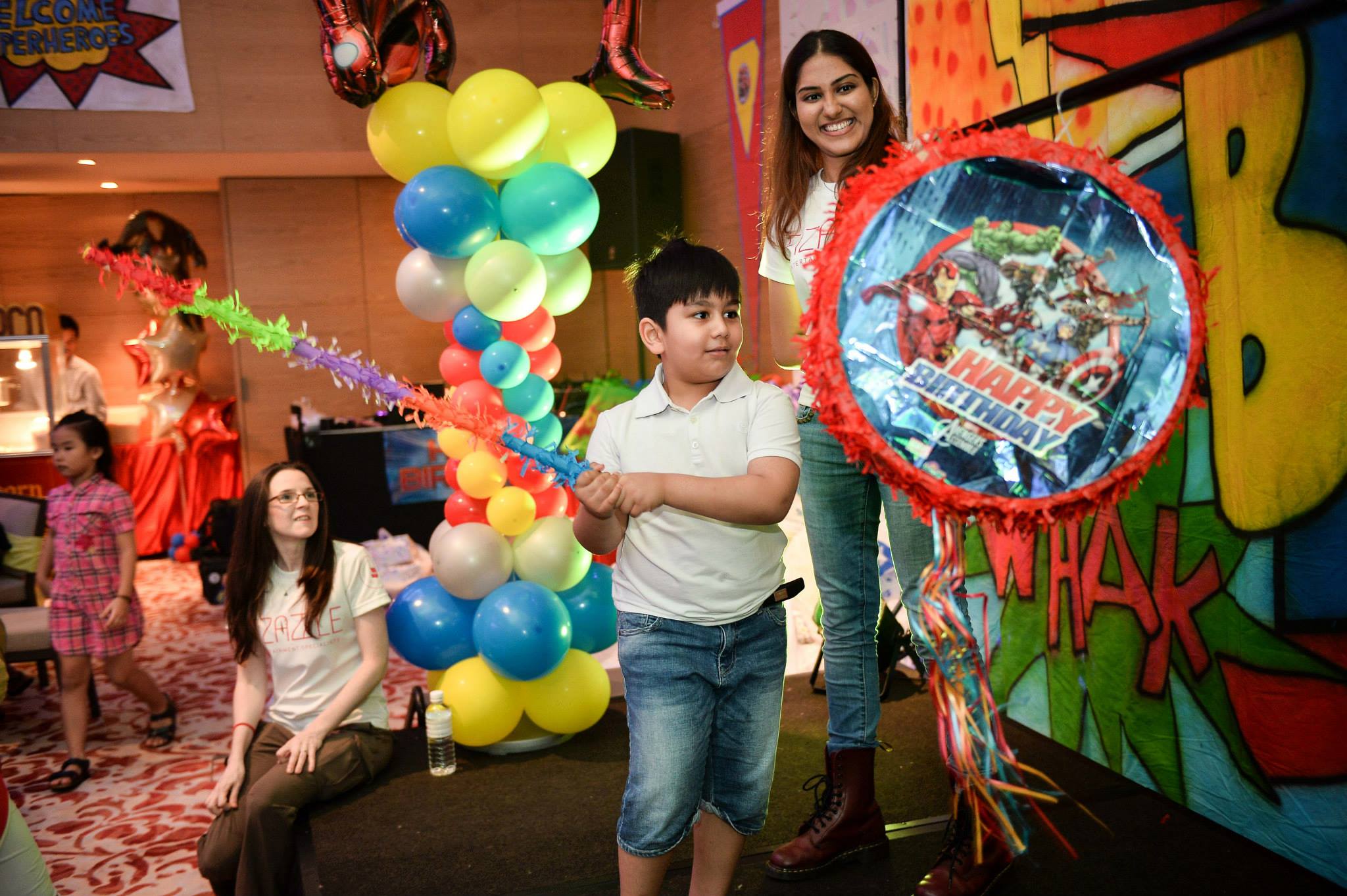 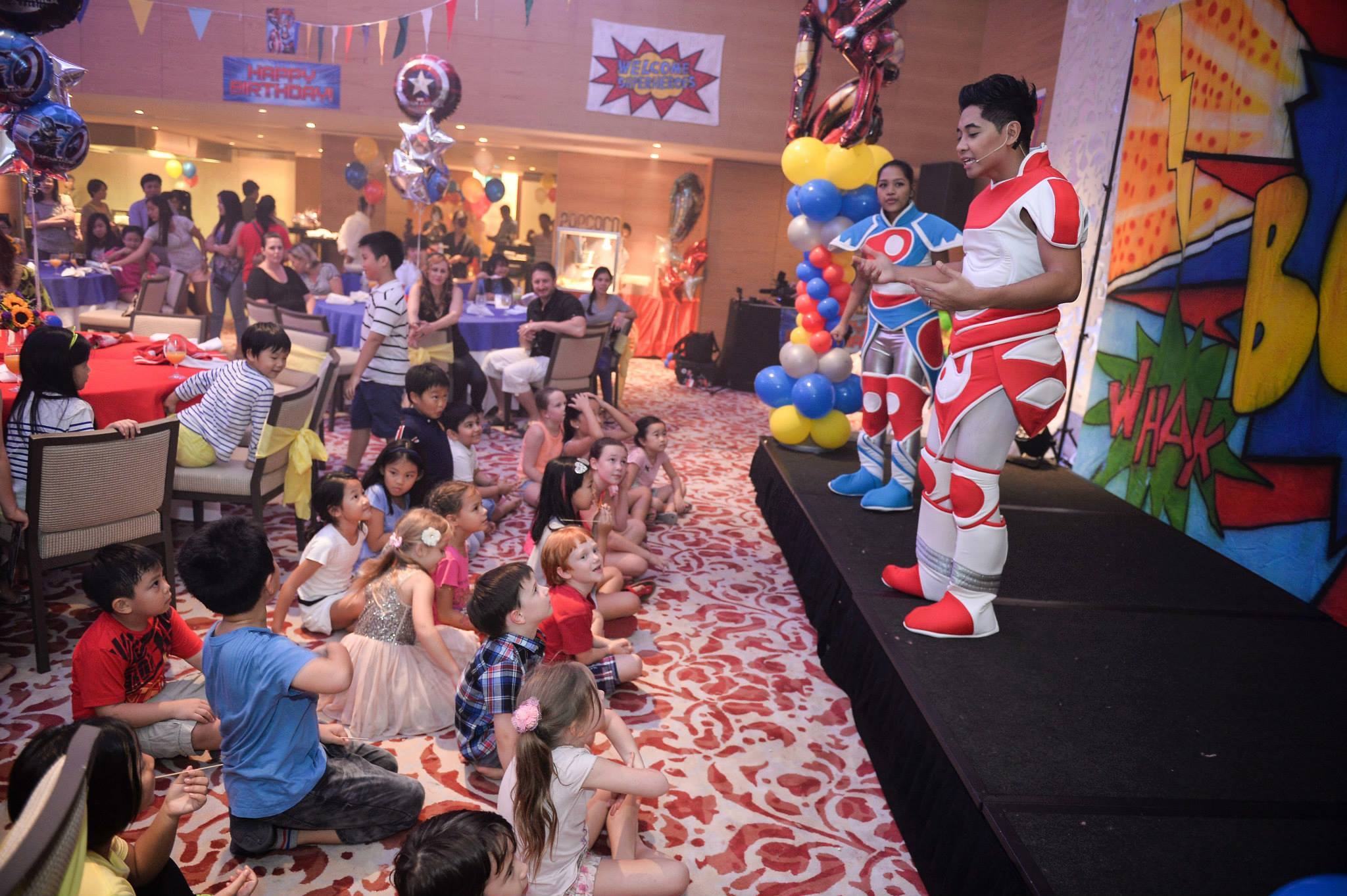 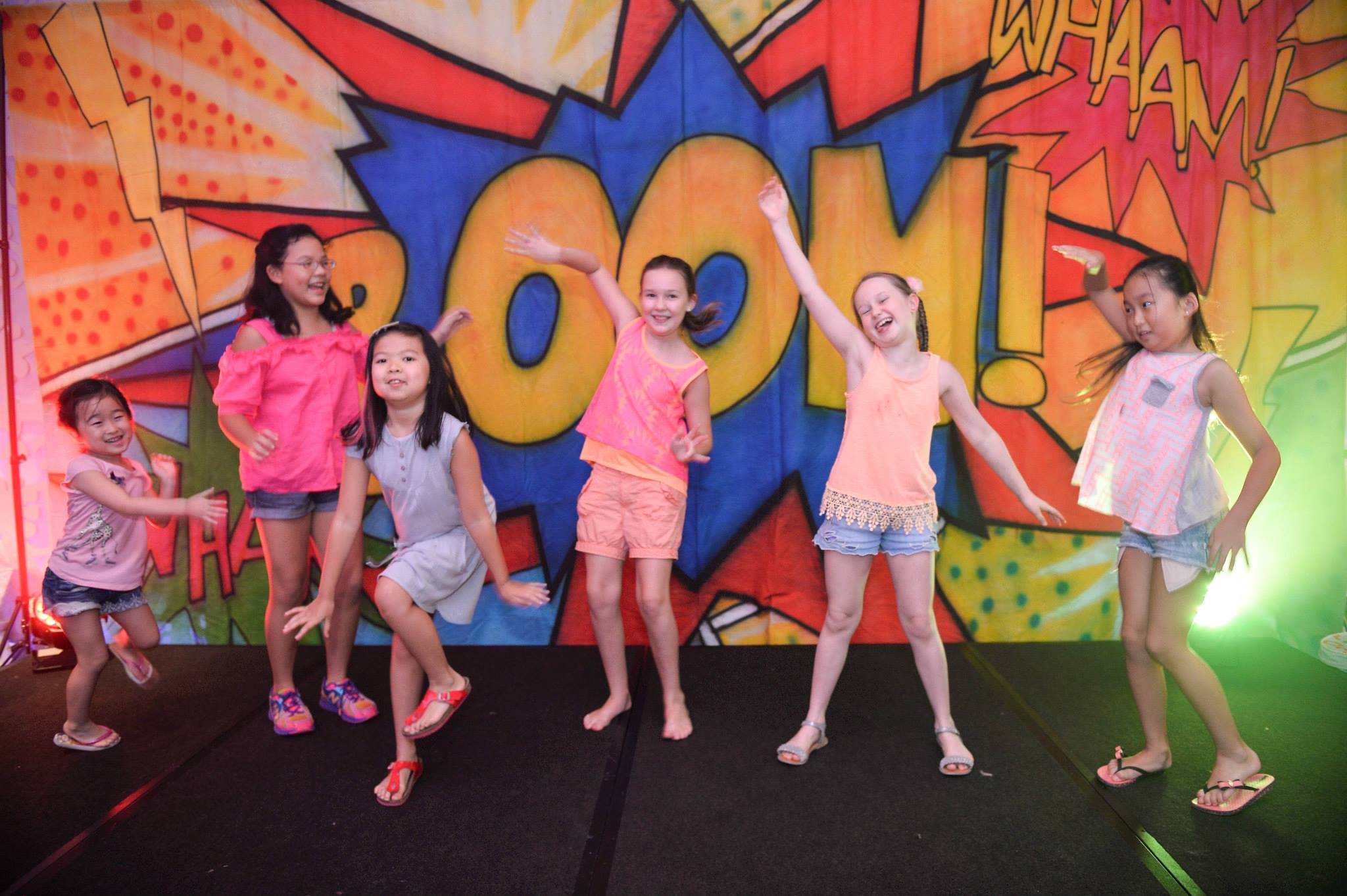 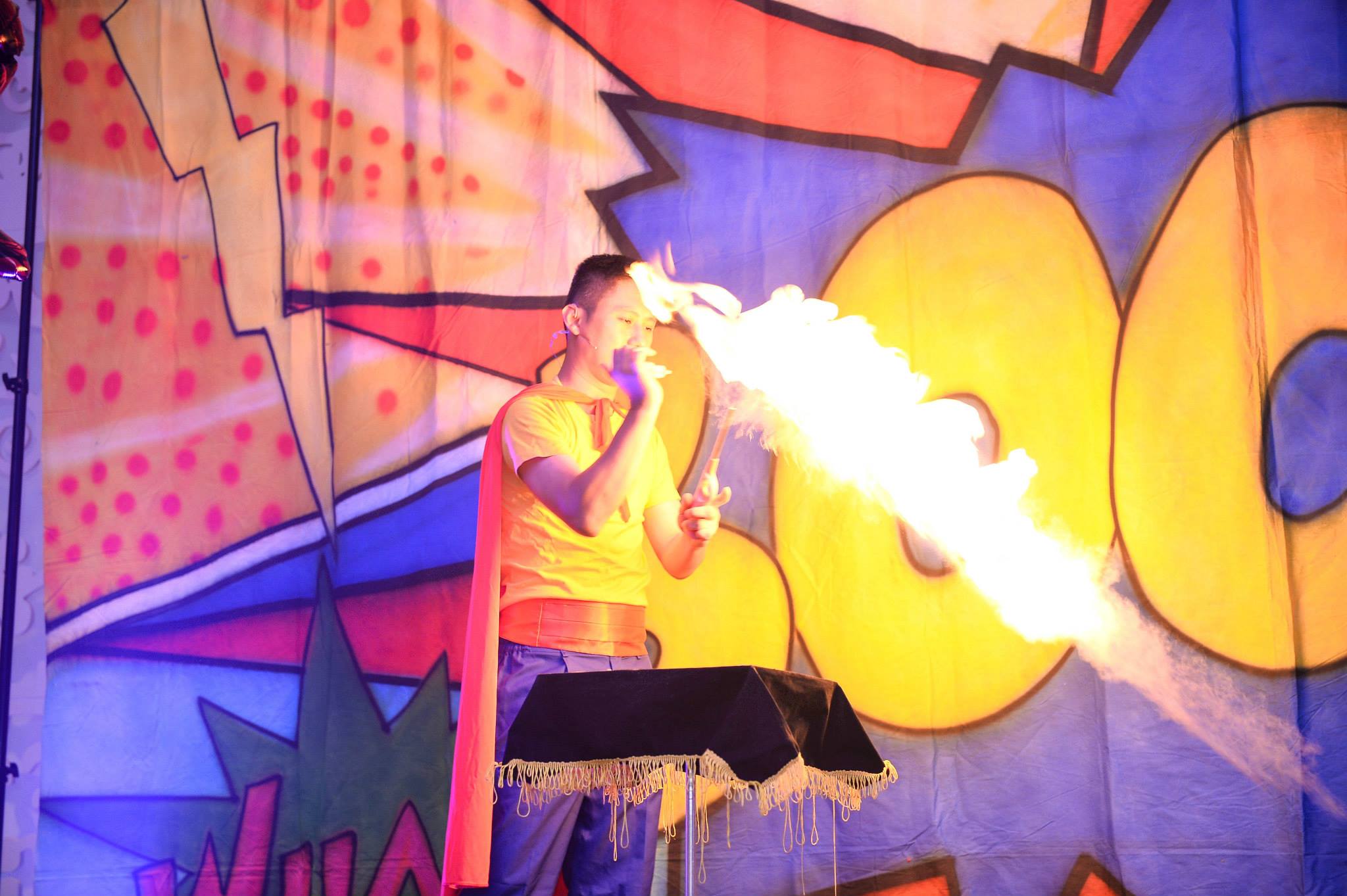 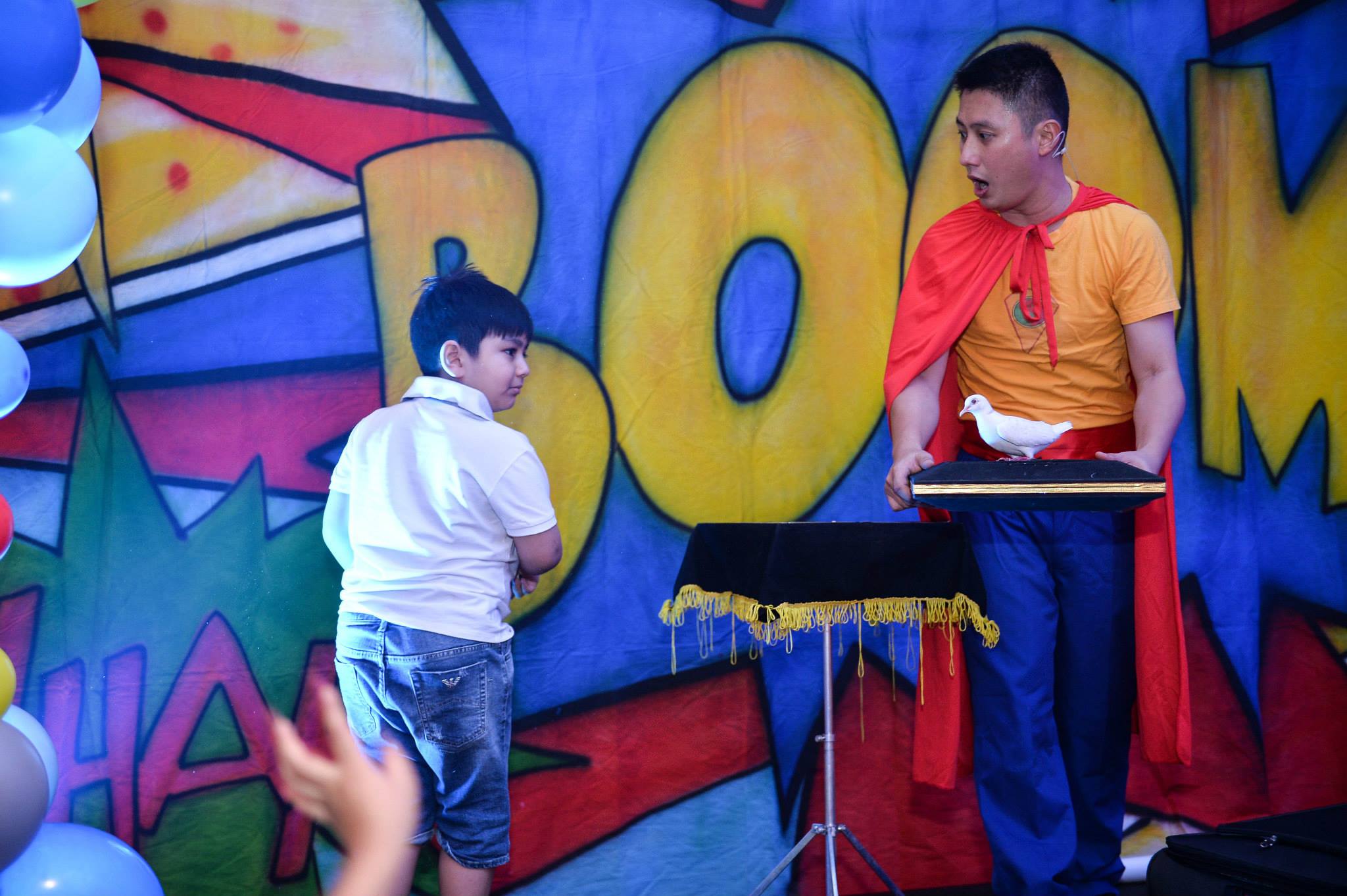 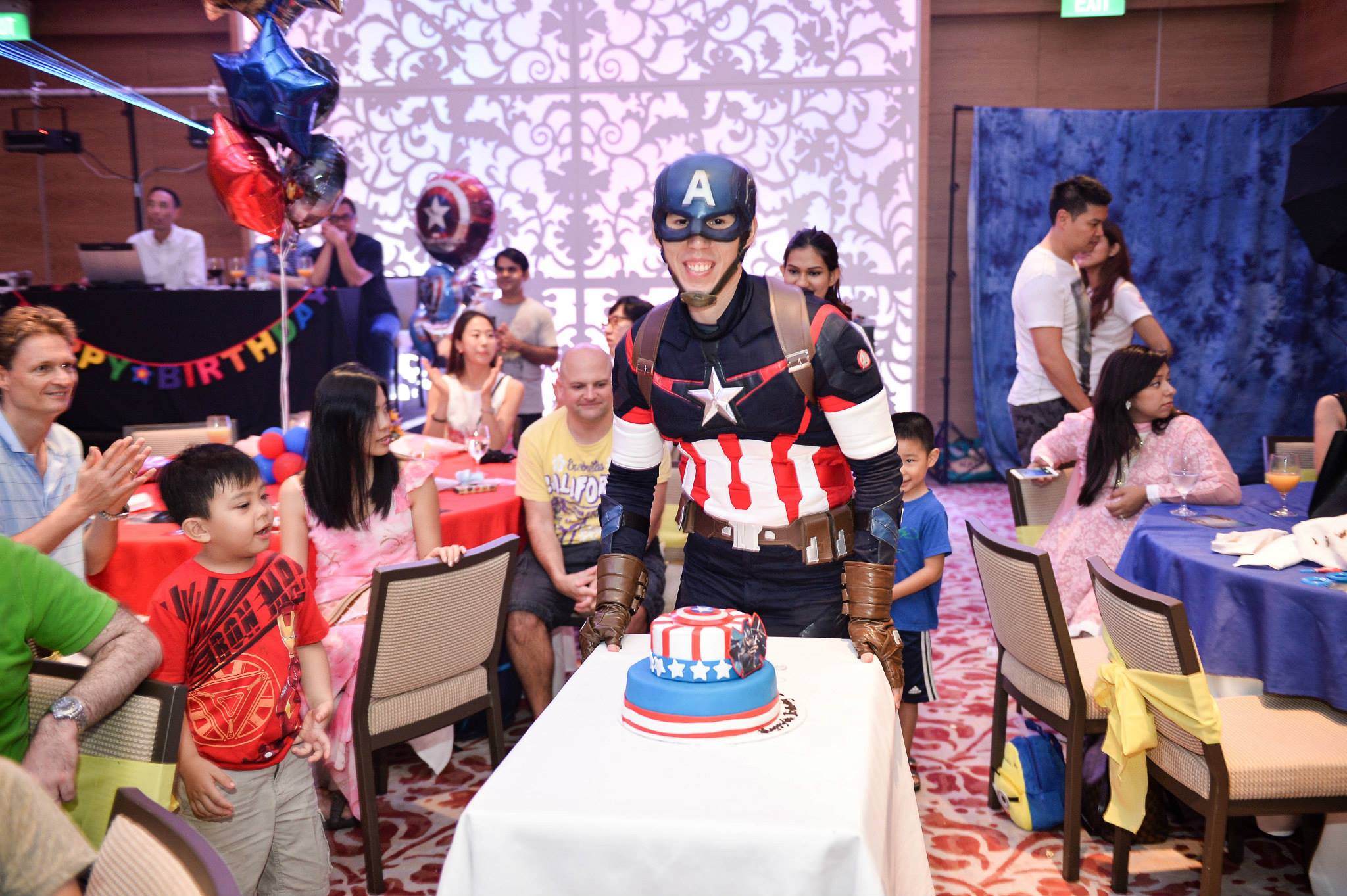 It’s Magic! Our magician has got the vibe that you need to further enunciate the sky-high progress of our Superhero Party. Our magician and his gob smacking tricks fulfilled the element of surprise, as the children and the rest of his audience were kept captivated throughout the act. It was a truly wondrous sight to witness how the children were utterly drawn to the tricks with their fidgety selves. There were times where the Fizazzle team literally had to pull a few wandering yet adorable children off the stage and this just upholds the quality that Fizazzle aims to achieve. Just say Abracadabra and swoosh your wands and you can have your very own fizzy magician.

Goodies and presents were pleasantly displayed in Fizazzle’s very own, hand fashioned party bags. The birthday boy himself presented the party bags to end the children’s night with a delight. It was heartwarming to see the genuine happiness in the children’s’ faces as they excitedly emptied the contents of their party bags. Our Avengers Plush Toys were of the appropriate size and of superior quality. Contents of Fizazzle’s party bags are generally customizable therefore it would be a brilliant idea to include party bags to make all the children feel special.

I’ll let our professionally snapped photographs do the rest of the talking to showcase the tremendous satisfaction that our clients received. As they always say, “With Great Power Comes Great Responsibility”. Therefore, leave the responsibility to us to give you the most powerful Superhero Party thus far. Contact Fizazzle as we continue to dazzle you with our party packages.